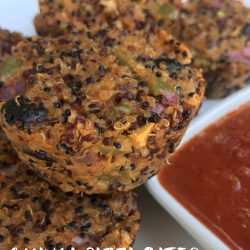 These Quinoa Pizza Bites were one of the very first recipes I posted on my blog back in 2013. They needed a major refresh and some new photos. Back then, no one even knew how to pronounce quinoa! I added more “pizza toppings” this time for more flavor and a pop of color. These healthy…   Read More» 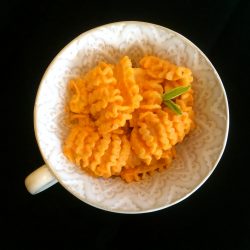 Sometimes I’m just in the mood for something different. Something I’ve never had before. That happened to be a few weeks ago, a day where I didn’t feel like being in the kitchen for hours and was feeling super sad about letting go of my foster dog Lenka. We’re talking ugly-cry-multiple-times-a-day-for-multiple-days-in-a-row sad. To the point where…   Read More» 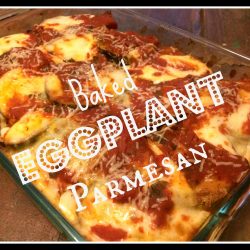 Last week one of my clients brought me some eggplant from her family’s garden and of course, what else do you do with eggplant other than make eggplant parm? (Seriously though… what do you do with it?) Only problem was, I’ve never made eggplant parm, so I did a little research, ran to the grocery…   Read More»

Am I late to the party on this one? I feel like cauliflower crust was “sooo 2013” in the foodie world but either way, I’d never made it because I didn’t actually believe it would work, or that it would be as delicious as it is. On our recent vacation to Washington state, Will and I…   Read More» 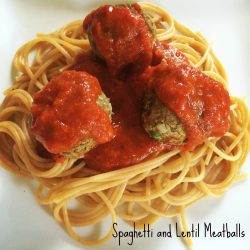 What can you call meatballs when they don’t have any meat? Lentil balls? Balls of lentil? Just doesn’t flow as well as “lentil meatballs.” That’s right folks, these “meat”balls have no meat. They’re packed with nutrients and fiber from a mix of lentils, onion, garlic, flax and chia seeds. And they’re meat-eater boyfriend approved. Lentil…   Read More» 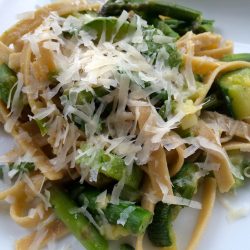 When you’re in the mood for something light and “springy”, pasta is probably one of the last things that come to mind. The word primavera literally translates to Spring, and without all the butter, cream, and loads of cheese with a skimpy portion of whatever leftover veggies are in the kitchen like most restaurants serve…   Read More»

Everyone is lovin’ on green smoothies these days… how about trying some green pasta? Most of the time when you see a dish labeled “creamy,” it’s best to steer clear. Restaurants will use loads of heavy cream, cheese, butter and salt and before you know it, you’re eating over 1000 calories worth of pasta. But you know…   Read More» 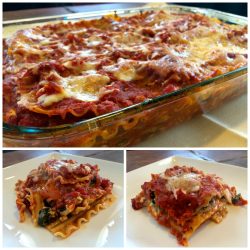 This lasagna gets is *power* from a winning combo of nutrient-dense ingredients. I know spinach is old news ever since kale came to town, but there’s no reason to throw Popeye’s go-to out the window just because there’s a new kid on the block. The super food spinach supplies iron, potassium, magnesium, vitamin K, phosphorus,…   Read More» 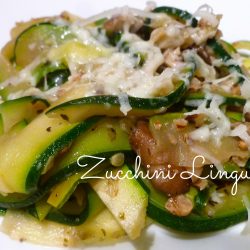 When I told my recipe taster (or boyfriend, same thing) that we were having Zucchini Linguini, he assumed I meant linguini noodles with some zucchini cut up and mixed with the pasta. He didn’t expect that I would make the zucchini INTO linguini as a substitute for the pasta. It totally hits the spot when…   Read More»