4 Things I Wish I Knew Before I Got Pregnant 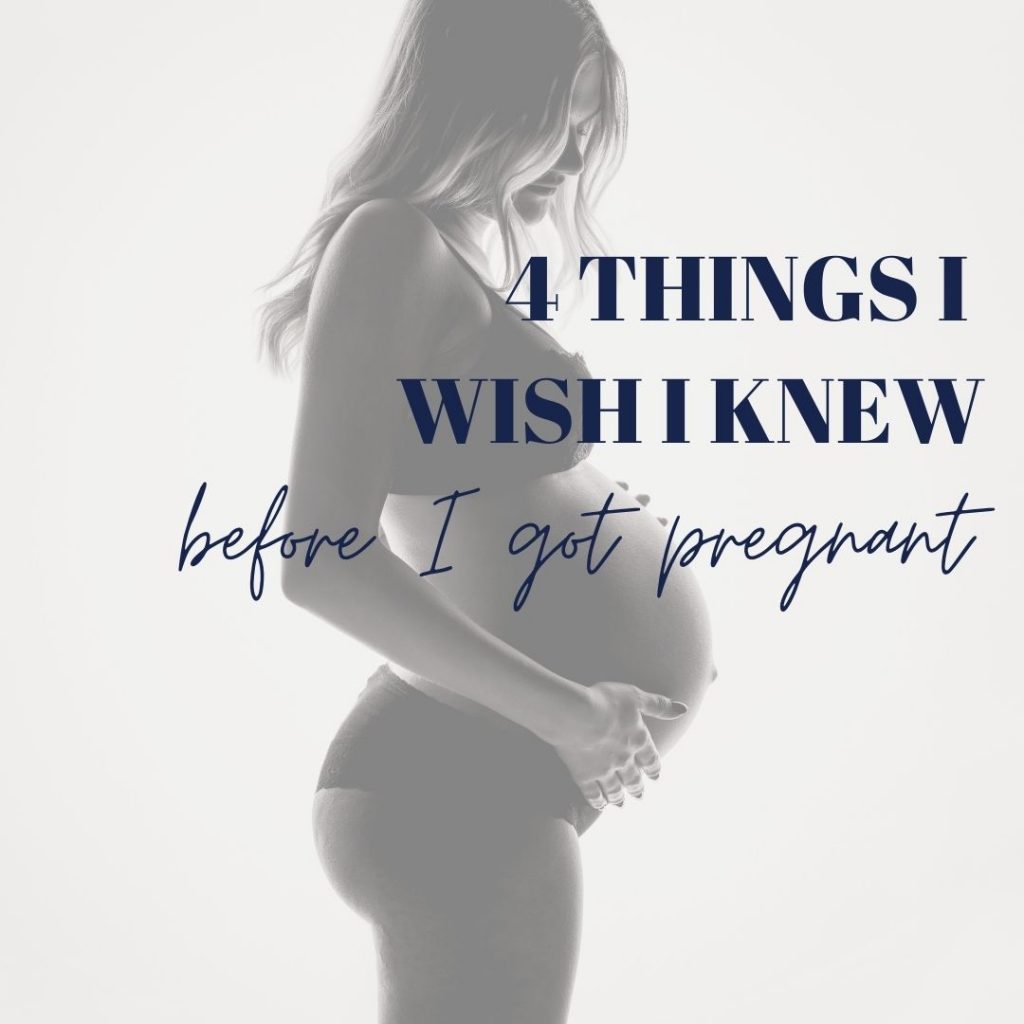 1. DHA, a fatty acid essential for brain development, is NOT in most prenatal supplements.

Around the time my husband and I started trying to get pregnant, a local health foods store was closing for good and having a major sale. I stocked up on 4 different brands of prenatal supplements. I had heard from other moms that certain prenatals made their nausea worse, so I wanted the option to try a few. The first prenatal I took (One a Day) did contain DHA. Into the second week of taking my next bottle, I noticed that Simple Truth Prenatal did not. I looked at my third bottle, Garden of Life Prenatal, and it did not have DHA either.

WHY?! Pregnant women need AT LEAST 200 mg of DHA every day for the baby’s brain and eye development. You can get DHA from fatty fish, but I know I was not eating the recommended 8-12 ounces of salmon a week during some of my first trimester. The thought of meat and fish made me want to vom.

The brain goes through its most rapid and complex growth during the third trimester through the first two years after birth, which is why DHA supplementation is so important during this time.

EPA (another fatty acid) and DHA support not only the baby, but mom too. Supplementing with these essential fatty acids has been shown to help with healthy labor and delivery outcomes and to support mood and well-being postpartum.

According the the American Pregnancy Association, “most U.S. women are deficient in EPA and especially DHA coming into pregnancy, and will get more depleted during pregnancy, as the placenta supplies the fetus with DHA from mom’s tissue.  Depletion persists 9-12 months postpartum and, as you can imagine, gets worse with multiple pregnancies.”

Looking back, it was naive of me to assume that a prenatal supplement would include everything my growing baby and I would need.

Now, I am taking 480mg of DHA (Nordic Naturals, recommended by the American Pregnancy Association) every day in addition to my prenatal. I would much rather get everything in one pill, but since fish oil is a sketchy supplement I’ll stick with a third-party tested brand like Nordic.

2. You might be really, really hungry during your first trimester.

Saltines? No. Give me a full burrito. The nausea would kick in about every 2 hours and I needed food, stat. I wanted Chickfila breakfast sandwiches, egg rolls, grilled cheese, and mac & cheese (none of my normal go-to foods).

This worried me because all of the conventional medical wisdom says that you really don’t need any extra calories during your first trimester and you don’t really need to gain much weight either.

Well, I’m calling BS. My body was growing a whole new organ (the placenta), so how in the world do I not need to eat more to support that? I constantly coach people to listen to their bodies and mine was telling me to EAT.

I did gain weight during my first trimester, but the weight gain slowed down in my 2nd (hunger levels dropped too) and put me back on track. That said, I’m starting to question all of the formal recommendations for calorie requirements and weight gain charts.

I am 100% sure that nutrition is not a one size fits all science, so that has to be true for pregnancy too. Allow your body to guide you, not the charts.

3. Don’t plan to do much of anything besides surviving for weeks 8-12.

You’re just going to want to sleep. You’re going to have weird cravings for foods you don’t even like and a total aversion to most healthy foods. Don’t worry, it will end. I was lucky that I only had to deal with these symptoms for that long.

All of the super weird symptoms that you’re googling? Normal.

Shooting pain in the bottoms of your feet when you wake up in the morning? Normal.

Having a superhero-like sense of smell? Like that person pumping gas a block away or your husbands deodorant even though he’s in another room? Normal.

Please ask your doc about all of it but you will most likely be reassured that all of this really weird stuff you’re sure must be wrong is really just part of being pregnant.

Oh and by the way, you’re going to need buy new shorts. All those women that told me they didn’t really need to buy maternity clothes were lying.