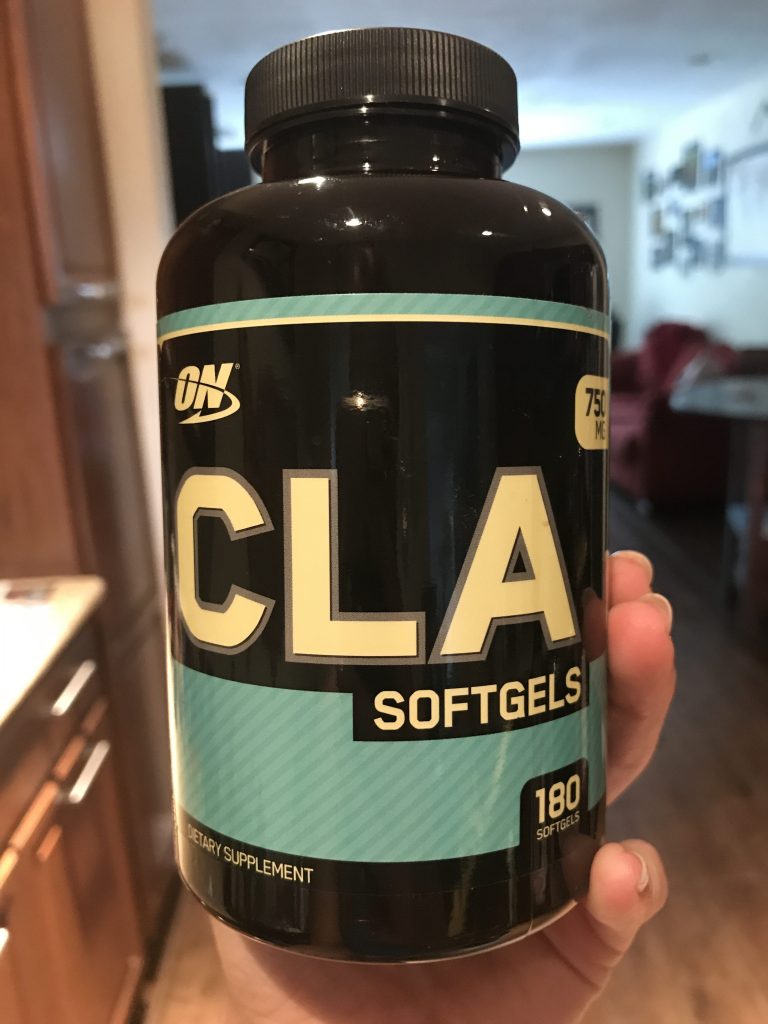 CLA is a type of fat found naturally in milk, meat, eggs, sunflower oil, safflower oil, and mushrooms. Grass-fed animal products have higher CLA content. Non-fat and low fat dairy contain minimal amounts of CLA because it gets removed along with the fat during processing.

In the 1990s, researchers found that supplementing CLA reduced body fat and increased lean body mass in pigs, mice, rats, and chickens. In the 2000s, researchers aimed to find out whether humans would see the same effect.

A 2005 study published in Journal of Nutrition, showed that overweight subjects taking 3.4g of CLA per day for 2 years saw a sustained reduction in body fat mass. The greatest fat loss occured during the first 6 months of supplementation. Subjects starting with higher body fat were more likely to lose fat with CLA supplementation than those starting with lower body fat. The study was funded by a company that sells CLA supplements (as most are, since they would benefit monetarily from studies proving benefits of taking CLA).

There has been conflicting evidence on CLAs effects on cardiovascular risk factors like HDL, LDL, triglycerides, and apo-B. Studies have seen slight increases, decreases, or no changes at all in the various markers. After reviewing the available evidence, it doesn’t seem that CLA moves the needle much either way when it comes to blood lipids, inflammation markers, or fasting blood glucose.

Honestly, the science just isn’t there to confirm that CLA will help your reduce body fat, increase lean mass, or lose weight. That being said, I tried it, and it did seem to decrease body fat for me. I took one 750mg Optimum Nutrition gel capsule 2-4 times per day (up to 3g/day) with meals. My goal was to take one with each meal but I often forgot at least one per day. I saw a reduction in belly fat over a 4 month period. When I stopped taking CLA, what I had lost seemed to come back fairly quickly (within a month). I did not change my exercise or nutrition routine throughout this period (eating fairly healthy with some treats thrown in, crossfit 3-4 times per week + the occasional run or yoga session).

My fiancé saw my results and wanted to try it, and I wanted another test case. He took it even less religiously but saw similar results.

Fat accumulation in the liver was observed in mice and hamsters fed CLA-enriched diets. The response could be species specific, however, in one human study, 2 of 134 subjects increased ALT and AST (markers of liver damage) at the end of the study. The levels returned to normal  4 weeks after CLA supplementation.

In contrast, CLA supplementation actually improved liver function in patients with non-alcoholic fatty liver disease. However, these patients were also on a weight loss diet and a vitamin E supplement.

One of livers main functions is to help metabolize fat. Too much fat can overwhelm the liver, leading me to believe that too much CLA is not a good thing and what “too much” is completely depends on the individual.

So should you take it?

The most important thing to know before you take any supplement is why you are taking it. If you are clear about what your goals are, it will be easier to determine if a supplement will help you get there or if it’s a waste of time and money.

If you start with poor diet and don’t exercise, taking CLA is NOT going to get you the results you want. The difference will be minuscule and not worth the money.

If you’re already eating healthy and have an exercise routine you enjoy that you’ve been doing for a few months, CLA can be an “extra” that may help you get slightly better results. You’re not going to see a huge change and you may not see any change at all.

If you see a change within the first 6 months of supplementing with CLA, you may not see any additional change afterward. The body is an adaption machine. In the 2 year study described above, the subjects did maintain their initial loss throughout the 2 years, but did not see much additional loss. The study did not indicate whether subjects were able to maintain the fat loss after supplementation ended. On one hand, you may get a small edge on decreasing body fat. On the other hand, there may be risks. We simply aren’t sure about the right dosage, how much and how often you should take CLA. It isn’t something you need to take to optimize health (from what we know so far). A healthy, varied diet and good exercise routine will get you better results than popping a pill any day.

Keep in mind, you can also get conjugated linoleic acid from real food!

Supplementation with Conjugated Linoleic Acid for 24 Months Is Well Tolerated by and Reduces Body Fat Mass in Healthy, Overweight Humans