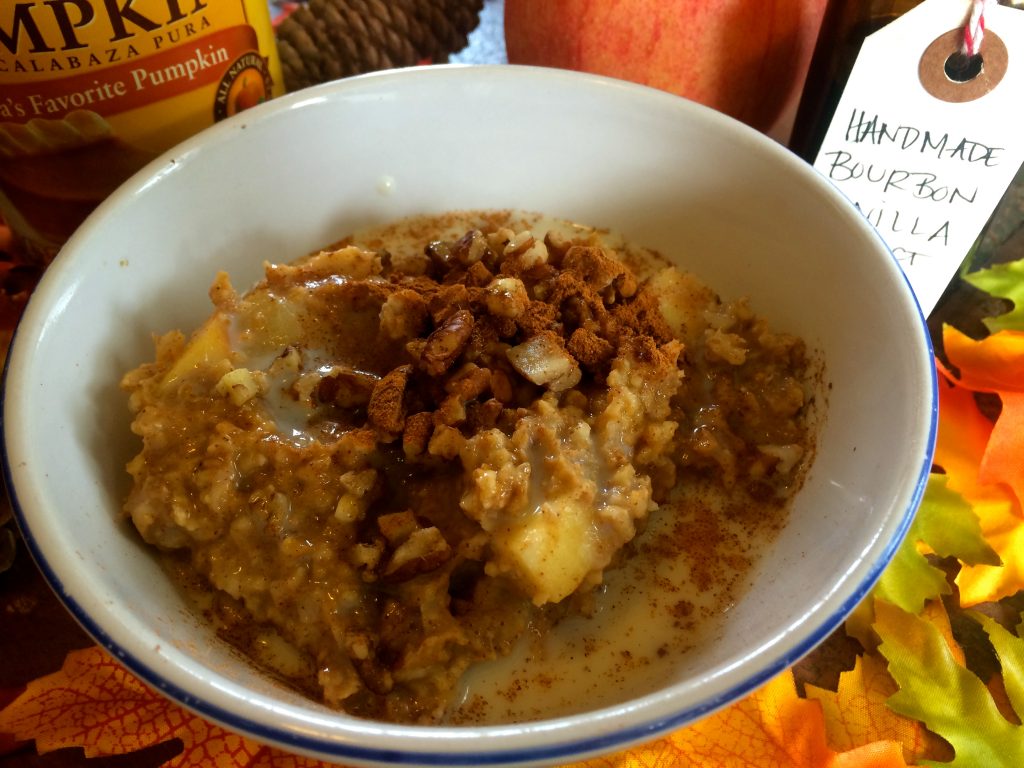 This month’s Recipe Redux challenge was to pull out those dust-collecting spices in the way wayyy back of your spice drawer and put them to work. Perfect: I’ve got some saffron back there that I’ve been meaning to experiment with. I absolutely hated the last thing I had with saffron so I’ve been hesitant about using it again. Well, guess what? I hated the next thing I made with it too. Saffron is officially on my list of I-will-never-use-you-again spices, along with tarragon, fennel and bay leaves.

So instead, I bring you this winner: Pumpkin Spiced Steel Cut Oats. 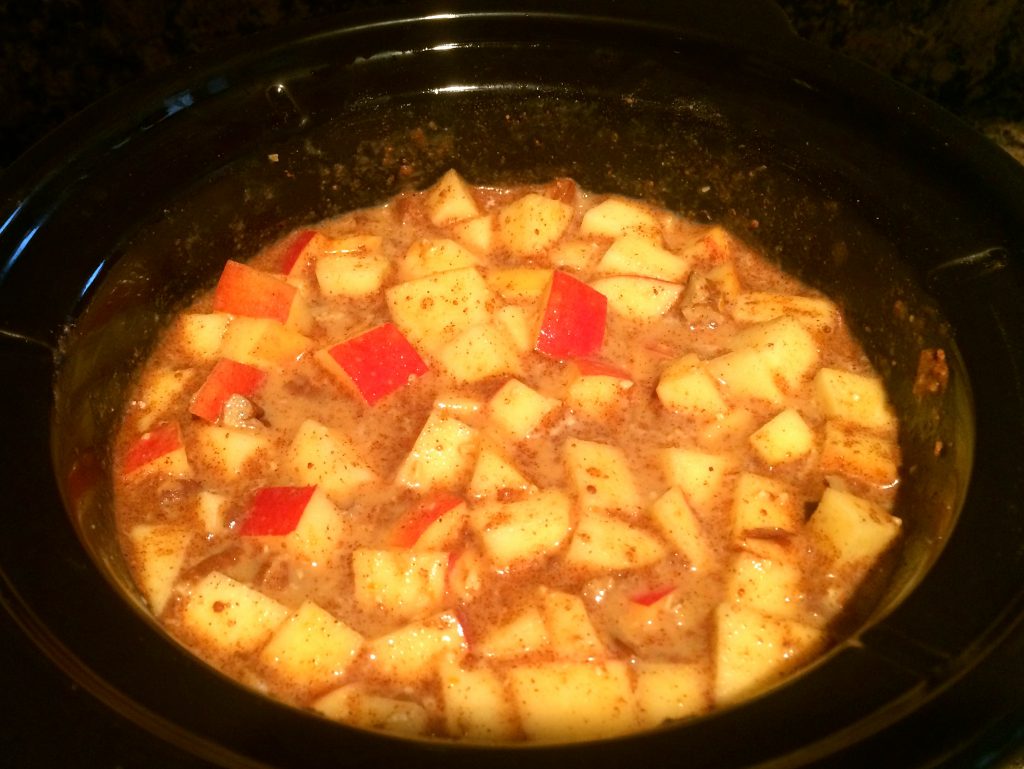 I got on a pumpkin kick for the first time my sophomore year in college, my first year having my own apartment and kitchen. I tried to make a pumpkin soup and I used way too much nutmeg and it turned out inedible. I’ve avoided nutmeg ever since, so to me, this was a big step forward. Just a dash, and it’s actually pretty wonderful.

I’ve been making different versions of these steel cut oats once a week, in a big batch, so I can just grab a bowl on the fly in the morning, put the rest in the fridge and re-heat or just pour milk over ’em and eat cold like a homemade cereal. 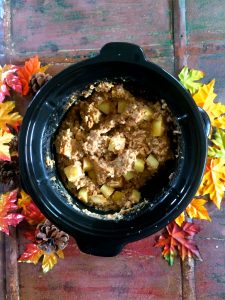 1. Combine all of the above in a crockpot and stir until well
mixed. Cook on low 3-4 hours.

I’ve also made my slow-cooker oats with pumpkin, pecans and frozen blueberries and another version with acai berries and chia seeds. The possibilities are endless and it leaves you with no excuse to not start your day with a healthy breakfast!

Check out this month’s other recipe redux posts: