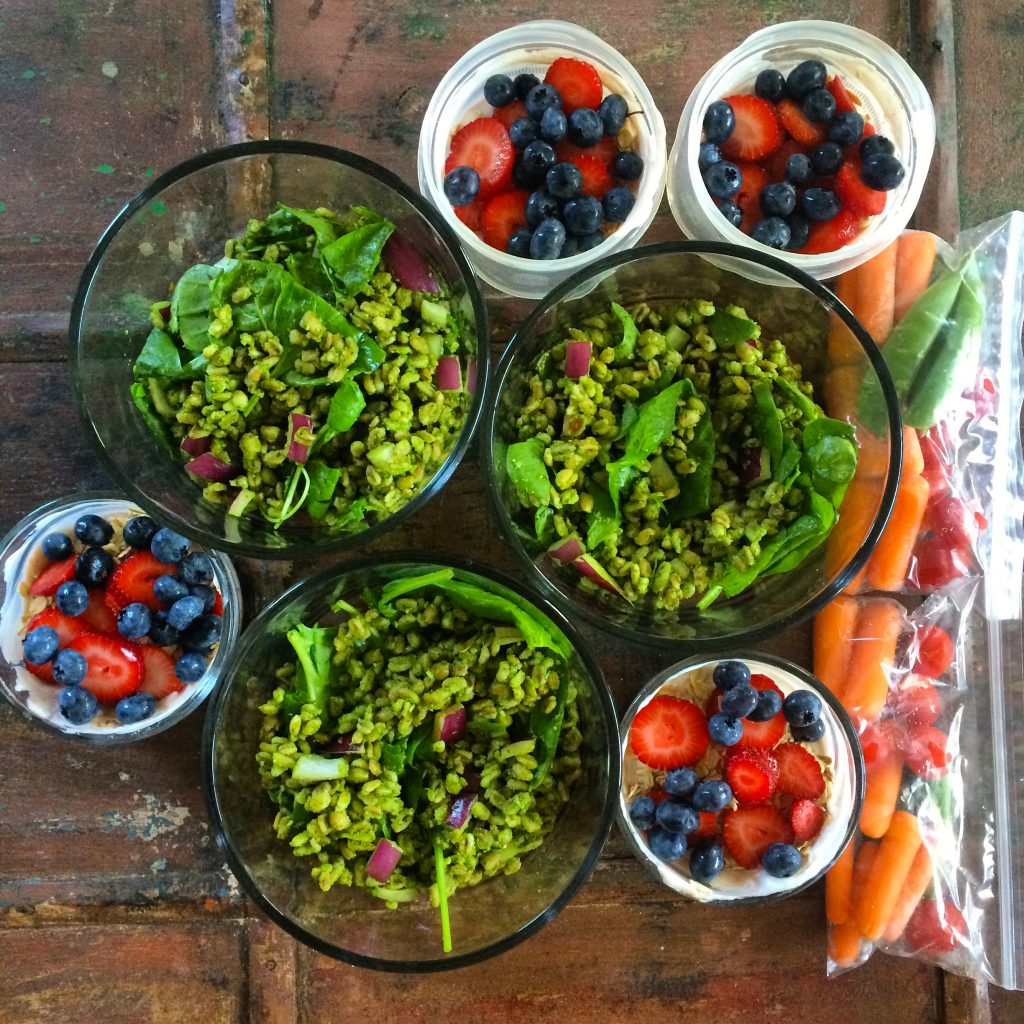 Are you down with the farro (pronounced like the King Tut Pharaoh)?

Don’t be intimidated— it’s just another ancient grain like quinoa and barley except farro grains are a little bigger and chewier. Think big, plump, oversized oats having children with brown rice and you’ve got farro. 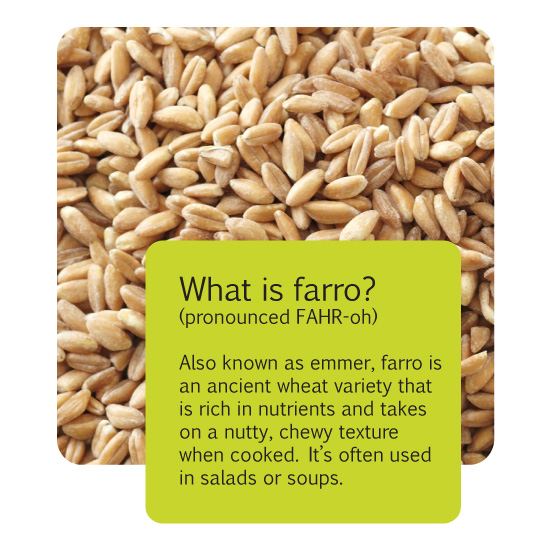 Why use it? Well first because it’s a change from plain old brown rice and second because let’s face it, you’re getting sick of quinoa.

It’s versatile– it can be made into a great side dish, a main component of a salad (like in this recipe) or as a base for homemade breakfast cereal. Add some cinnamon, sliced almonds, mango chunks and pour some milk over it and bam— you’ve got a homemade, cereal-ously healthy breakfast.

It’s packed with fiber, magnesium and vitamins A, B, C and E. 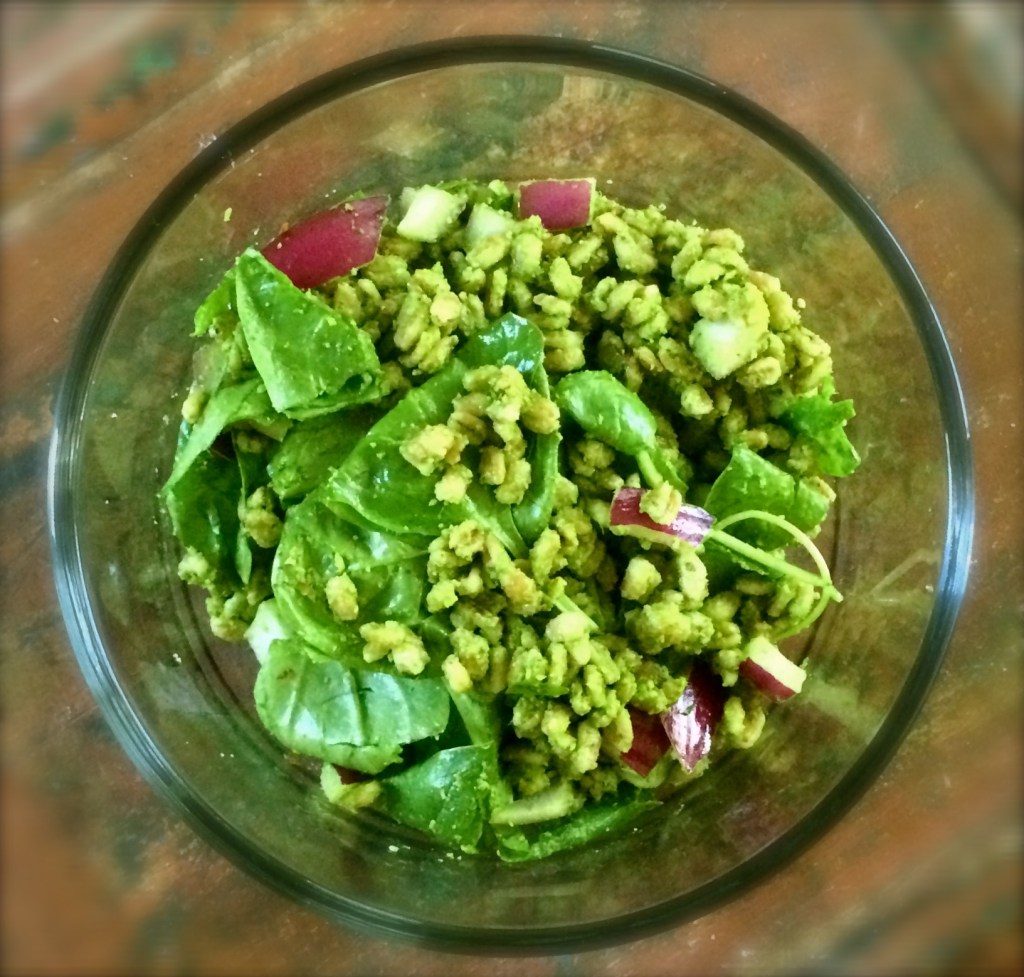 1. Cook the farro until al dente. Set aside and let cool. Meanwhile, toast the almonds in a small skillet over low heat until lightly browned and aromatic.
2. In a food processor, pulse 1 cup of the spinach with the lemon juice, olive oil and almonds.
3. Combine farro, pesto from food processor, red onion and remaining spinach in a large bowl. Divide into 3-4 portions.

Want to try more great farro recipes? Check these out:

Have you ever used farro? What ancient grain are you loving lately?