6 Best Foods to Add to Your Diet 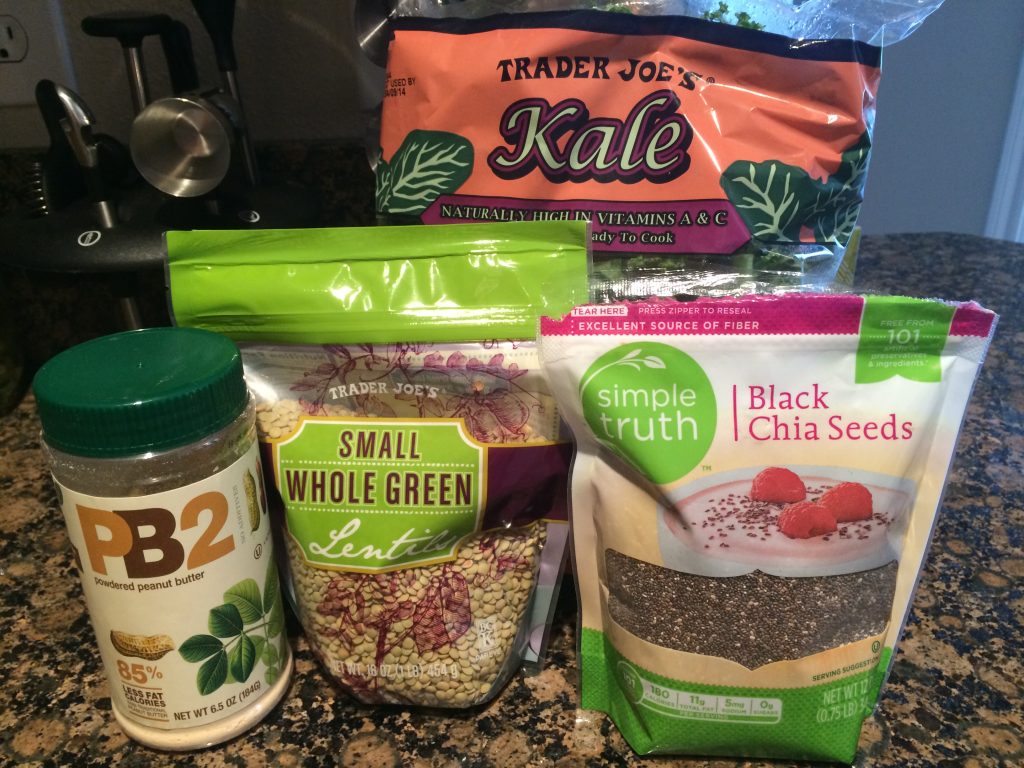 When most people decide they want to get healthy or lose weight, they tend to focus too much on the foods they need to cut out or restrict. And of course, as soon as you tell yourself you can’t have something, that’s exactly what you want. If you end up giving in to those foods, you feel like a failure. Instead of focusing on what to cut out your diet, let’s focus on the best foods you can ADD to your diet. The more healthy goodness you include, the less room there will be for the not-so-healthy options. You’ll be eating better with less guilt.

Here are some of the best foods I’ve added to my routine lately:

1. PB2. Sounds like the name of a robot but it’s actually dehydrated peanuts, which when added to water turn into peanut butter awesomeness with 75% less calories! Now I’m all about eating foods in their most natural form, but hold on here. You’re telling me I can have two tablespoons of this stuff at only 45 calories and still get 5 grams of protein with only 3 ingredients?! Sign me up. You’re supposed to mix 2 tablespoons of the powder with one tablespoon of water to make a spread but I just mix the powder straight into my yogurt, smoothies or shakes and sometimes I dip my apples or strawberries straight into the jar of powder. I still use my unsalted 100% natural peanut butter with peanuts as the only ingredient on my toast and in my PB&Js because there’s some good-for-you fat in there that you miss out on with the PB2. But to get all the peanut butter taste without the calorie overload, you just can’t beat this. You can find PB2 in all your local grocery stores in the peanut butter section.

2. Kale. You still haven’t tried kale? Well what are you waiting for? This super green is packed to max with nutrition that puts it high on the list of the world’s healthiest foods. Even spinach can’t come close in comparison to the number of nutrients that kale provides. Use it as a salad base, put it in your wraps or on a sandwich, boil it, braise it, sautee it, make it into chips… am I starting to sound like Bubba from Forrest Gump? Oh yeah, and throw a little handful of kale wonderfulness into your favorite smoothie too, you won’t even taste it.

3. Chia Seeds. Ch-ch-ch-chia! These itty bitty seeds are an excellent source of omega-3 fatty acids (which hardly anyone gets enough of), rich in antioxidants and full of fiber, magnesium, zinc, iron and calcium. Compared to flaxseeds, chia seeds provide more omega-3s, potassium, calcium, phosphorus and fiber — all essential nutrients in which most everyone needs more of. They have a nutty flavor and you can eat them raw or cooked. Sprinkle chia seeds on cereal, yogurt, oatmeal or smoothies. Add ’em to your baked goods like bread and muffins. AND, if you run out of eggs, the crazy thing about chia is that if you mix the seeds with water and let them sit for a few minutes, they turn into a gel that you can use as a substitute for eggs in baking.

4. Lentils. They’re like little mini beans, and they pack approximately 9 grams of protein per half-cup. You can find them in a variety of colors but green, black or red are the most common. And they’re cheap. You can pick up a one lb bag of dried green lentils at Trader Joes for under $2. Try ’em in soups and stews or mixed with a high-protein grain like quinoa, bulgur or brown rice. I made a lentil curry once that was pretty awesome.

5. Dates. Having a sugar craving? You can’t get much sweeter than a date. I keep mine in the fridge and eat one or two after dinner as an all natural, no fuss dessert and it curbs my sweet tooth. Don’t go eating 10 at a time though or you’ll be spending a lot of time in the bathroom. Although, if you’re having trouble with regularity they can definitely help with that.

6. Farro. Yeah, like pharaoh, but not. Farro is an ancient grain like the more popular quinoa that’s higher in protein than boring old brown rice and whole grain pasta. Ancient grains are referred to as such because they have remained largely unchanged for hundreds or even thousands of years. Trader Joes (can you tell I like that place?) sells a 10-minute farro that doesn’t require boiling for hours. It’s great as a risotto and works as a sub for any dish that calls for brown rice. I used it in my stuffed peppers recipe last time I made them. It’s got a great nutty flavor and I think it would make for a delicious warm breakfast cereal mixed with sliced almonds, honey and blueberries but I’ve yet to try it that way.

So, if you haven’t tried any of these foods yet, jump on the bandwagon this spring and get tryin’! And don’t forget to leave me a comment and tell me what you thought. Also– feel free to share some of your favorite recipes using these ingredients!