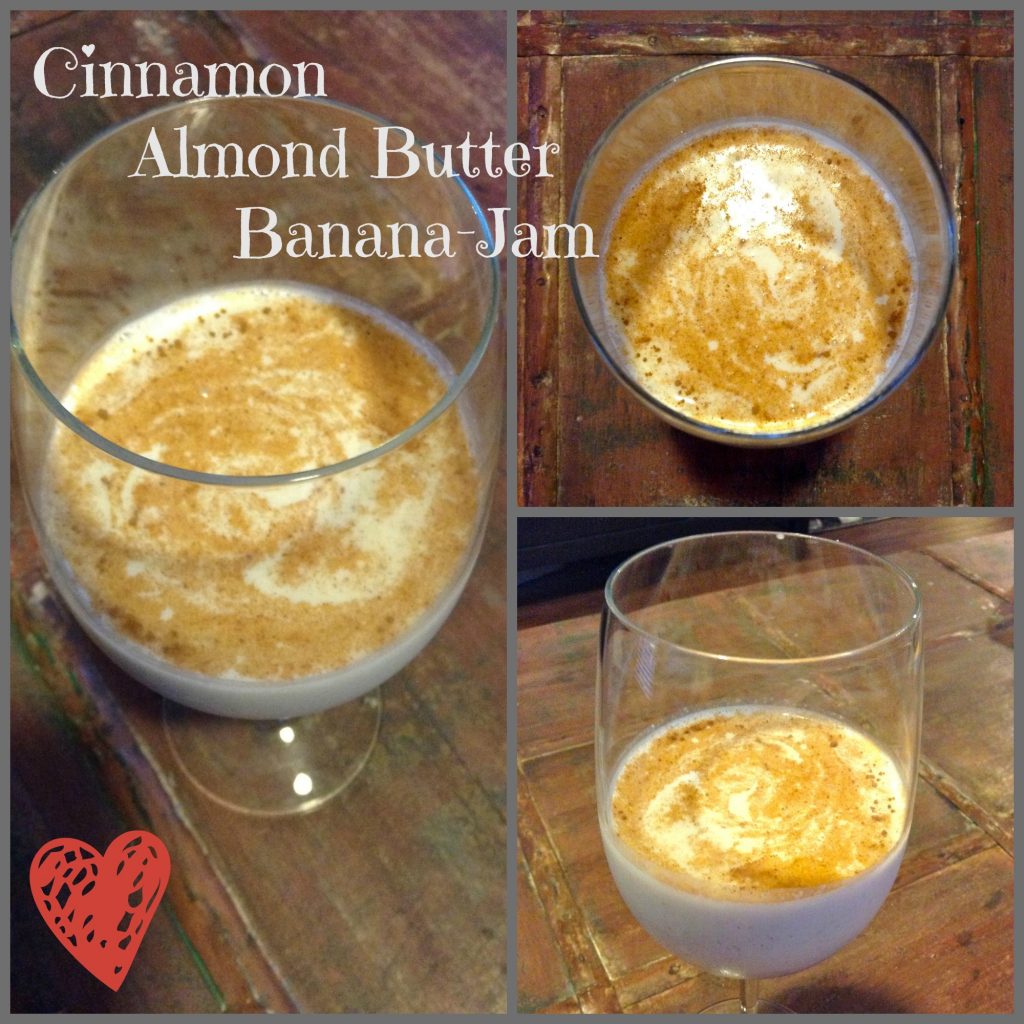 This was more like a milkshake than a smoothie, and I had it for dessert one night when I was craving something sweet. I felt like being fancy and putting it in a wine glass. Or every other glass in my house was in the dishwasher…. you’ll never know (wink).

1. Blend all ingredients (except cinnamon) until smooth, then top with a few sprinkles of cinnamon and stir to get the pretty effect on top.