Should I Buy Organic? 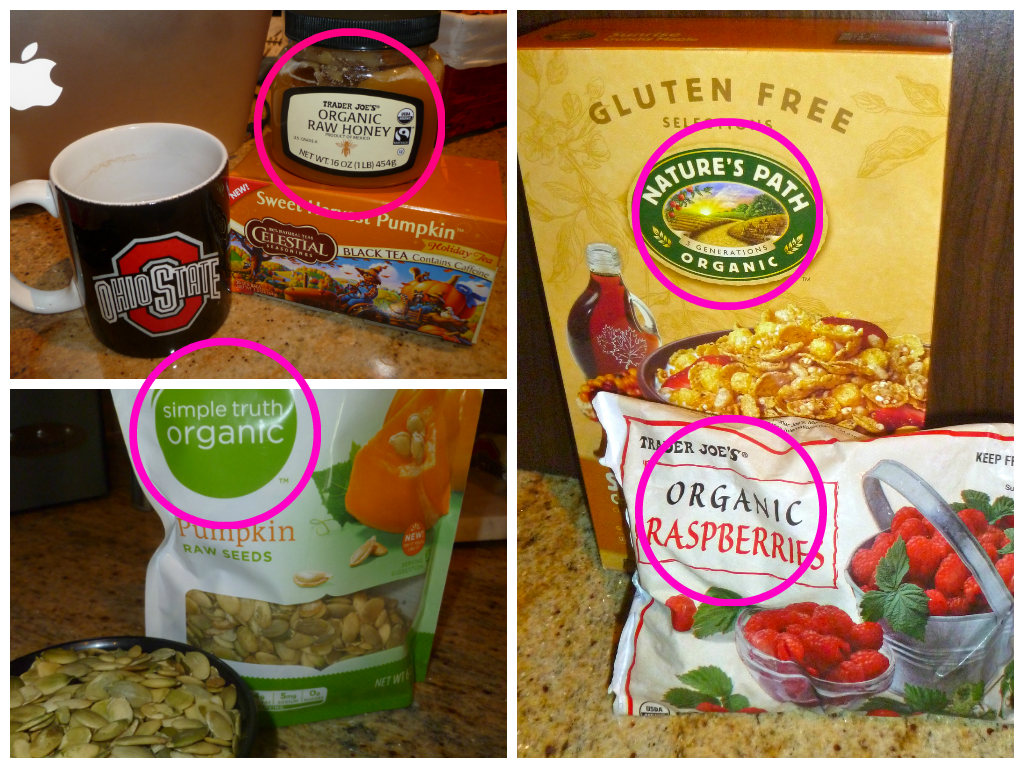 The research isn’t clear on whether organic produce has a higher nutrient content than conventional. Many studies have found that they do in fact have more nutrients and others have found that they provide no additional benefit. On one hand, I think it depends on whose doing the research. On the other, our soil in this country is so depleted of the necessary minerals to keep our food supply healthy that it’s a wonder we are getting any nutrients at all in any of our produce– whether it’s organic or not.

Research findings can also differ because foods grown in healthier organic soils are likely to have more nutrients initially, but after being shipped from far across the country or even overseas to your local grocer, those nutrients diminish substantially and possibly cancel out the benefit of being organic in the first place. That is why it’s important to look for produce grown locally AND by organic standards (like in a Farmer’s Market).

That being said, I’ve been doing a lot of at home research lately based on taste. First I bought an organic apple and a conventionally grown apple of the same variety, both from the same grocery store. I ate them both at the same time to compare. I have to admit that the organic apple tasted substantially better, the skin was not as tough and it did not have any bitter taste in the skin which I had honestly never noticed before comparing them side by side. It makes sense that the conventionally grown apples develop a tougher skin and a bitter taste from the chemicals and pesticides used.

Then I bought a bag of organically grown green grapes. I brought them home and gave them to Will and didn’t say a word. His words: “OMG, these grapes are awesome!” and the next day “I’ve never been so excited to eat fruit, I could eat these every day.” Again, the skins were thinner and less bitter.

To be honest, I wasn’t hoping for these results since buying organic often means spending more money. But, since doing this little project, instead of just skipping over the organic section and assuming everything is more expensive I’ve been finding the organic fruits and veggies that are a comparable price and buying those. The organic grapes this week were actually cheaper than the conventional, the bag of carrots was only 50 cents more, the spinach was the same price and the avocados were 25 cents more per avocado.

They also have a Clean Fifteen list, showcasing fruits and veggies with the lowest pesticide levels.

The bottom line when it comes to packaged organic products, is an organic cookie is still a cookie, chips are still chips, and high sodium organic soups and frozen dinners are still high in sodium. Each of these foods are still processed and probably have a paragraph’s worth of ingredients. The word “organic” is in no way synonymous with “healthy.” Being labeled as organic does not mean these products have less calories than their conventional counterparts, but it does mean that they don’t have any genetically-modified ingredients.

If you’re buying packaged foods, the most important thing is not to make sure it’s organic, but to look at the ingredients label. Ask yourself three questions:

1. Are there any ingredients you can’t pronounce?

2. Does it take you longer than 10 seconds to read through?

3. Are sugar or one of it’s derivatives (corn syrup, cane syrup, brown rice syrup, maltodextrin, fruit juice concentrates, dehydrated cane juice, sucrose or anything else ending in -ose) one of the top three ingredients?

If you answered yes to any of these questions, put it back on the shelf, whether it’s labeled organic or not.

Why is buying organic so much more expensive?

Organic foods typically cost 10-40% more than similar conventionally grown products. To obtain a USDA certified organic label (which guarantees the product contains at least 95% organic ingredients), farmers must meet stricter quality standards. They use natural fertilizers, such as manure or compost instead of chemicals and use crop rotations to conserve the nutrients in soil. Organic farming aims to reduce pollution and conserve resources. More labor is required, which brings up the cost for the farmer and brings up the cost of the product for you.

The best and cheapest way to buy produce is still from a Farmer’s Market, where the produce may not carry any USDA labels saying it’s organic, but it is organic in every sense except for the name. Small farmers can’t afford to attain pricy labels, yet most of them are already farming using organic standards. Ask the farmer where the food was grown and if any pesticides were used.

My last tip on buying organic is to utilize your freezer. Many times organic frozen produce is cheaper than fresh, especially if the fruit or vegetable is out of season. Most frozen produce is frozen when the fruit or vegetable is at its peak ripeness, so don’t worry about it containing less nutrients than the fresh version.  Just make sure there aren’t any added ingredients. The ingredient label should read: organic _____ (raspberries, edamame, lima beans, etc.) and that’s it.

And don’t forget– you can always grow your own produce. Whether you have crappy soil (like I did in FL) and had to build a garden box or you don’t even have a yard (like my current patio garden in TX).